Last night's match started early (20 minutes ahead of schedule) and so did the blunders. In fact, 3 of the games were so-marred and done within 90 minutes of play.
West Orange, making its initial GSCL road trip, got on the board first when Victor Rosas beat John Moldovan, who overlooked looming back rank troubles. 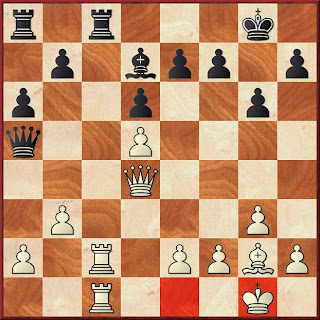 Moldovan-Rosas
Black to win
Summit evened the score at 1 on Don Varneckas's win over Robert Lynn, who allowed a shot and then hung his Q. 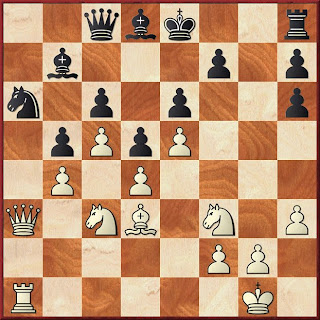 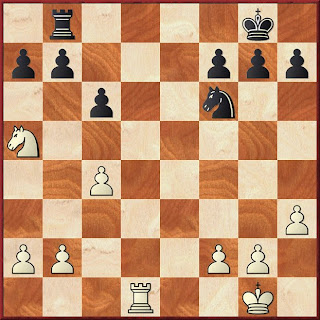 Fernandez-Thomson
White to win
Donnally Miller had a chance to give the hosts a tie but, after overcoming a lost position, he misplayed a winning pawn ending and had to make peace with Bryan Cohen. 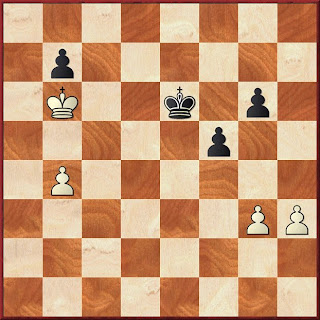 Cohen-Lynn
Black to win
West Orange raised its record to 1-0-1 and climbed into a 3rd place tie. Summit fell to 1-2 and 6th in the standings.
Updated round 3 PGN & replay page
Posted by John Moldovan at 12:19 AM 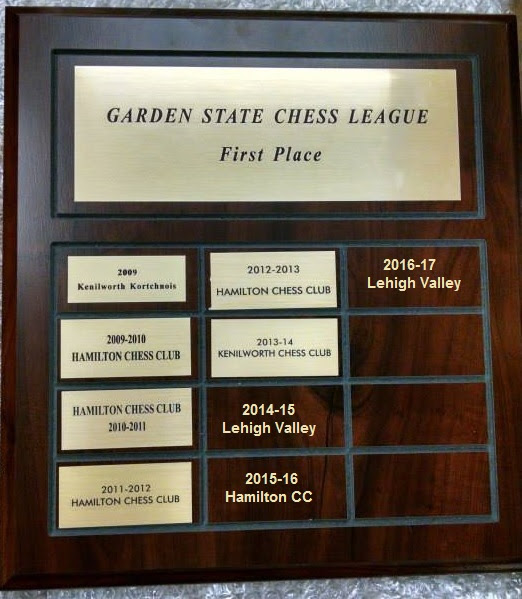